Hugh began his third decade of film-making by taking on the producer role. He started with a series of films about artists directed by young directors who chose their own subjects. These included the Limbs dance company, composer Chris Cree Brown, and poets Sam Hunt and Gary McCormick.

The series Artists Prepare was broadcast on the TV One arts programme Kaleidoscope in 1980. 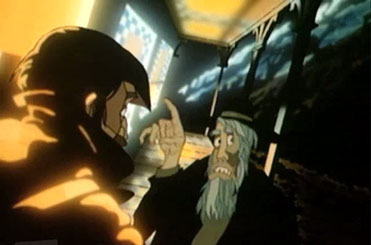 Also in the 1980s Hugh was finally able to put his passion for animation in practice when the National Film Unit established an animation unit, after attracting the talented animator Bob Stenhouse from TV1.  Hugh's interest in animation was initially sparked by Disney films, and developed later through access to cutting edge animation from Eastern Europe and Canada. An example is the clever satirical contemporary reworking of the old story of Jack and the Beanstalk and the nursery rhyme about Jack and his house in This is the House that Jack Built (1967),  from the National Film Board of Canada. Much of the animation and sound track on this film was done by Don Arioli, with whom Hugh spent many wonderful nights in Montreal carousing and talking about animation while on his Arts Council study grant visit to Canada in 1973.

Hugh produced four animated films between 1981 and 1986. The Domino (1981) is a timely satirical take on the role of proliferating bureaucracy in thwarting an individual's ability to get on with creative work. Parallel Line (1981) gives an animator's view of the evolution of life in New Zealand from the Earth's beginnings through to the arrival of the first humans, using a technique of building on the fluid metamorphosis of parallel lines. Rau Tapu (1986) is based on the traditional Maori tale of Po, who has many adventures in the far away land of Hawaiiki and returns to his tribe with the power to fly. 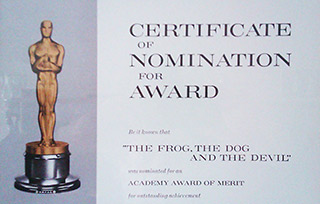 Hugh's last animation production for the NFU, The Frog, the Dog and the Devil (1986) won the Grand Prize at the 1986 Hamilton International Animation Festival in Canada, and was nominated for a 1986 Oscar for Best Short Film (Animated). It is a fantastical take on the influence of the demon drink in colonial times, featuring a drunken musterer, his dog, the devil of delirium tremens – and a bottled frog.

As well as producing animated stories Hugh also produced six animated public information commercials on drug education in the 1980s, which were shown on television and packaged for schools.

Dreams in Black and White

Hugh's next film as a producer, Dreams in Black and White (1981) was directed by Patrick McGuire. Spanning the years from Victory Day 1945 to the coronation of Elizabeth II in 1953, it is an edited compilation taken from NFU Weekly Review newsreels.

It had its world premier at the 10th Wellington Film Festival in 1981. Festival Co-Director Bill Gosden observed: “But it wasn’t the poignancy of hindsight, the unjustified optimism that struck me. It was seeing in this film some of the media/cultural history that has seeped, uninvited, into all of us.  Watching these vivid black and white realities is like being alive in the past: any minute you might bump into dead relatives 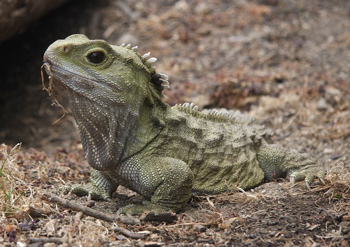 A film about tuatara living on the Stephens Island sanctuary earned Hugh his first award for a film he produced rather than directed. Primeval Survivors, directed by Greg Stitt, is an impressionistic film on these primeval reptiles, with music by Jack Body.  It won a Gold Award at the International Film & TV Festival of New York 1981.

Kids and Other People

Directing a film about the vital importance of play for 'kids and other people', as one of the children in the film puts it, was right up Hugh's alley. Produced for the NZ Council of Recreation and Sport, Kids and Other People (1982) focusses on imaginative, free-form play that costs nothing and is accessible to all. It won a Silver Award at the International Film & TV Festival of New York in 1982. 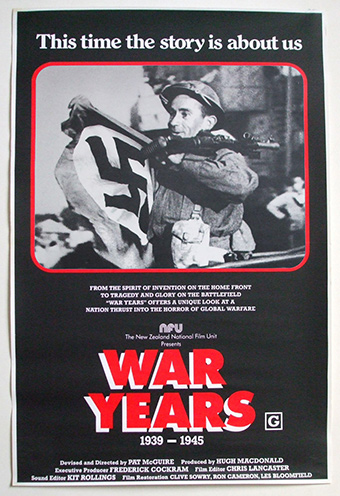 The only full length (102 minutes) feature film that Hugh produced for the NFU, War Years (1983) ends where Dreams in Black and White begins, at the end of World War Two.

War Years was also directed by Patrick McGuire. Compiled from newsreel footage shown in New Zealand cinemas during the Second World War, it shows the military contribution of New Zealand to that war, and also the changes that the war forced on NZ society. In 1984 it won the award for Most Outstanding Film at the London Film Festival. 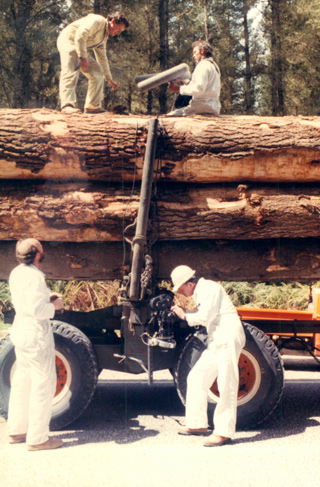 In Logger Rhythms (1984) Hugh goes back to making a film without narration or dialogue, but with an exceptional soundtrack. The film covers work in the exotic timber forests and mills of Kinleith (Waikato) and Kawerau (Bay of Plenty).

As far as Hugh and his sound designer Kit Rollings were concerned, the primary purpose for making this film was to experiment with the new Dolby optical analogue 4-track theatrical sound system and develop new recording and sound mixing techniques for it.

The technique devised by Kit and his assistant Tony Johnson (later a double Oscar-nominated sound mixer for The Lion the Witch and the Wardrobe and Avatar) required considerable ingenuity in the microphone placement of each set-up to get the depth and separation of sound necessary into the location stereo recordings. Back in Wellington in the music studio a similar wide-separation recording technique was used for recording Steve Robinson’s music score.

The photo above shows Kit Rollings with two microphones on top of the load as the camera crew adjust a camera rig on the truck.

The film was mixed on the NFU’s new mixing facility at the studios in Avalon, Lower Hutt, under the supervision of London Dolby Consultant, David Watt, who came to New Zealand to install the Dolby system. The result was extremely successful and Kit sent a copy of the film to Watt in London. The people at Dolby were so impressed with it that for the next decade Logger Rhythms was used as a demonstration for best practice Dolby sound recording and mixing. It also received an award at a festival for forestry films in 1984. 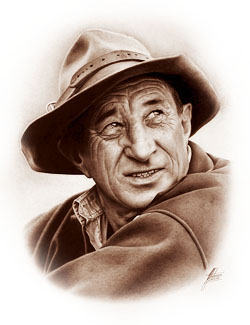 Hugh's last film as an NFU director, and his last tourist film, Right Next Door (1985) was made for the Australian tourist market and features an Australian family having a good holiday exploring New Zealand. They are not sure whether to believe the tale told to them by a pub raconteur (played by Barry Crump). It does seem a bit far-fetched – but judge for yourself here >> [link to youtube clip of Cedric the Fish story] Right Next Door received a Gold Award at the PATA (Pacific Asia Travel Association) Conference in 1986.

In 1985 Hugh left the Film Unit and struck out as an independent producer and director. This was just four years ahead of the Film Unit leaving him. (It was disbanded in 1989 as part of the  government's programme of deregulation and privatisation of national assets.)

One of the other highly successful national institutions that later suffered the same fate was the NZ Dairy Board, a farmer-controlled marketing organisation that was extremely effective in promoting New Zealand dairy products to the world. By the time it was disbanded in 2001, Hugh had made over 15 promotional films, plus staff training videos and a series of international TV commercials for the Board. At the same time he was shooting footage to the specific requirements of around 22 of the Board’s overseas companies.

The first film for the Dairy Board, Leave Nothing to Chance (1985) was a major production, with a budget of $200,000. It went out on 16mm film and videotape in six different languages, all recorded in Wellington. Making this film involved shooting with a six-person crew on dairy farms and factories in New Zealand to start with. Then Hugh and cameraman Mike Fuller travelled to Dairy Board companies in the US, Malaysia and Singapore. Over the next 13 years they made several filming trips to South-East Asia, the US and Mexico.

In 1988, Hugh began working with Kiwi Cooperative Dairies, New Zealand's  second largest dairy company at that time, with the biggest single site processing plant, situated at Whareroa in south Taranaki. Over the next 12 years Kiwi – Dairy Giant, the company’s flagship video, went through six changing editions as the company grew and milk manufacturing technology advanced. It also went out in several languages, with the Portuguese version made for Brazil receiving great praise from the local marketers. The English version won a Silver Monitor at the 1998 ITVA (NZ) Video Awards.