Making This is New Zealand

Showing New Zealand to the world

The idea of the film was conceived in 1967, when two senior National Film Unit staff attended the international world fair Expo 67 in Montreal, and brought back information about the way film was used to promote the countries exhibiting at Expo 67. New film techniques at that time included multiple screen images and multi-track stereo sound. 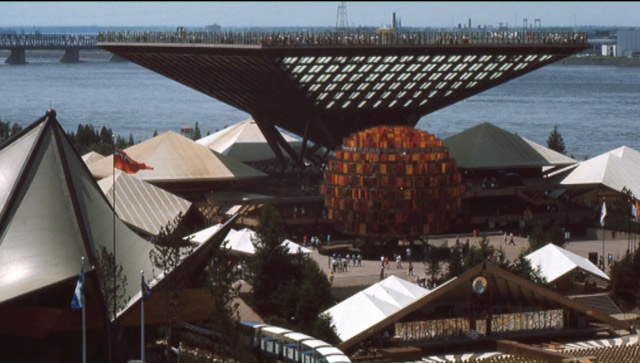 NFU manager Geoffrey Scott began to promote the idea of a three-screen film showcasing New Zealand being made to play at the next world Expo in Osaka, Japan, in 1970. He found a champion for the project in the Deputy Prime Minister, John (J.R. “Jack”) Marshall, and a modest amount of extra funding was found for NFU Job 1400 (working title 'This is New Zealand').

Hugh Macdonald was assigned to direct the film. Although he was only 25 years old and had been directing films for just five years, his films were already winning international awards for the NFU. Scott was therefore confident that he would deliver something out-of-the ordinary that would do New Zealand proud at Expo 70. 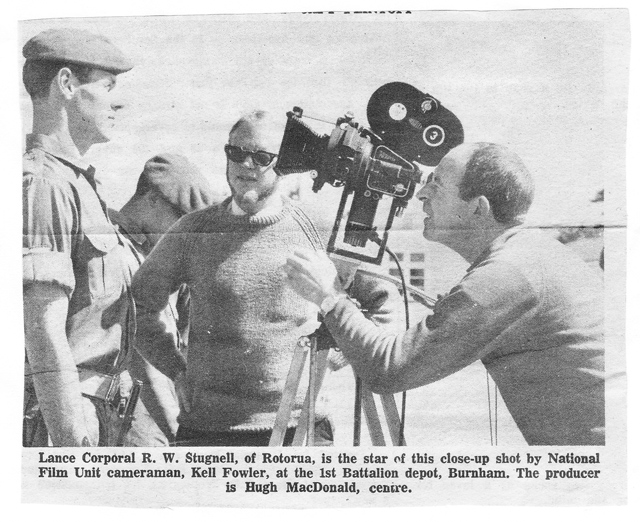 The final concept for the film was developed over 1968 by Macdonald and his co-writer Dave Jordan, and some initial footage was shot.

Between January and July 1969 three crews were simultaneously on the road filming, and at the end of the main shoot cameraman Kell Fowler spent a further six weeks filming from the air. As explained by associate director Rob Ritchie in That Was New Zealand,  Hugh's documentary about the making of This is New Zealand, it was not a matter of shooting just anything that looked suitable, but of waiting until the light and other conditions were right to get the perfect shot.

By the end of June 1969 the bulk of the shooting had been completed and Dave Jordan and Hugh Macdonald retired into the 'Osaka cutting room' to break down the footage and prepare for editing. Kell Fowler was still up in the skies with Piet Van Asch of NZ Aerial Mapping Co filming aerials, Murray Creed was off on his own doing atmospheric scenics in the South Island, and Rob Ritchie and Sam Grau were on call to do specific pick-ups in the North Island when required. 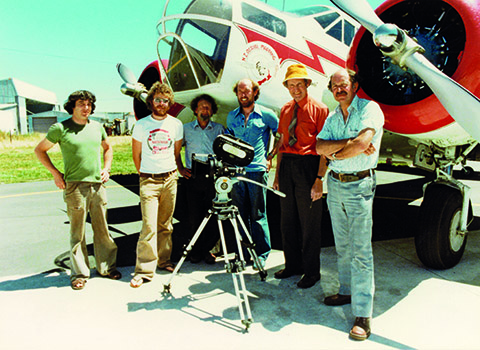 The complex editing process got off to a mixed start (described in  the documentary That Was New Zealand) but once the editors got used to handling three separate rolls of 35mm film that could either run independently or have two or all three physically locked together, running across pulleys, sprockets, picture heads and take-up plates, they began to feel at home with the visual patterns and rhythms of editing in such a configuration.

When editing was close to a fine cut and producers Geoffrey Scott and David Fowler had commented on and approved progress, sound track-layer and mixer Kit Rollings came to work during weekends and used the same machine for his many 35mm magnetic sound rolls. First he had to lay individual mono effects for each of the three pictures differing content and appropriate sounds, and then lay his stereophonic recordings of general atmospheres and synchronise the stereo effects for all the three-screen composite shots.

NFU Head of Sound Claude Wickstead, Ron Skelley and Kit Rollings mixing the sound for This is New Zealand

When it came to the finale sound mix Ron Skelley and Kit Rollings mixed together, sharing a special new mixing console that had been built for the job. It took them a week of pre-mixes and then final mixing until they got the right balance and impact for the final sound track.

The cutting copy then went off to Humphries Film Laboratories in London to be matched to the negatives so that the first check prints could be made. (The sound track stayed in Wellington, as it was to be played from a separate 35mm sound machine and not from the film prints, as was the standard system in cinemas at that time.)

When the first colour-graded 'answer print' came back from London the film-makers were  horrified. The colours were all wrong. The greens were a milky-bluish shade and all the intense and pure colours of New Zealand had been rendered as drab and lifeless pastel hues – as though they had been seen through a mist. This was what the English colour-graders were used to and the only way Hugh could get them to understand how the picture should look like was to clip frames from the original workprint – where no colour grading had been done – and write “Look THIS is what our greens, blues and other colours look like! Please put them back this way!” Which they did to the film-makers' satisfaction.

Unveiling This is New Zealand

On 19 November 1969 the finished film was previewed at the NFU studios, to an invited audience of journalists, politicians and government officials. The journalists who attended the preview praised it highly. Writing for the Industrial Register of 1 December 1969, Wellington correspondent Keith Gunn called it “the finest film ever made about New Zealand”, and said it was a crying shame that it would only be seen in Japan. This was because it needed a specially-fitted cinema with three screens and three projectors, and there were no such public cinemas in New Zealand. 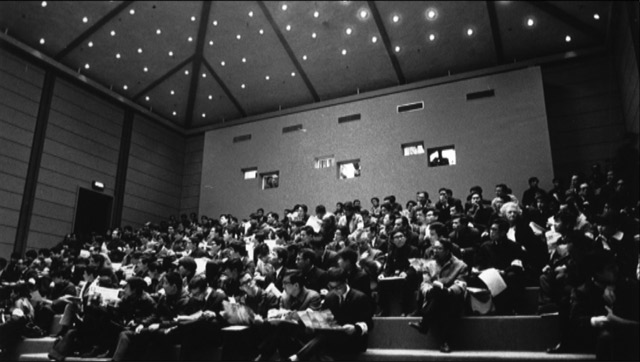 The theatre in the New Zealand pavilion at Expo 70 seated up to 300 people 21 times a day.

Installation at the cinema within the New Zealand Pavilion at Osaka (which had bench seating for 300+) began early in 1970, so that everything was ready for its first public screening on 15 March 1970. The film was screened every half hour, and 7,600 people saw it on the first day. Over the course of the next six months an average of 6000 people a day saw the film, making it one of the most popular screenings at Expo 70.

It also received critical acclaim. The Christian Science Monitor's correspondent David K. Willis wrote about the variety of films on display, many of them very flashy in their technique.

However, he said, "Mere technical wizardry alone doesn't make a film ... the best films are the ones in which the director firmly subordinates technique to a unified idea, instead of simply standing in awe of the presence of synchro-cables and 70mm film. The New Zealand National Film Unit has done a splendid job of the former … I liked the New Zealand film because land and people are all in together. The 35mm color is immaculate , the editing superb ... considerable use is made of aerial shots. The camera in the center races low over a valley floor, up a mountainside, then, breathtakingly, over the top and beyond. Meanwhile, on the two side screens are wheatfields and pastures, angling out rather than parallel. Movement flows in, out, across, through,. Three screens burst into one huge roaring shot of a football crowd; seconds later, close-up, three gigantic steaks, one on each screen, thwack down onto a table.”

Another American to think highly of the film was Donald F McCallum, of the Department of Art at the University of California, Los Angeles. He wrote the following note to the director:

“Sir, Congratulations on your film. I have seen it several times and it was spectacular as well as informative. In my opinion, the best thing at Expo 70!'

New Zealand visitors to Expo 70 were also impressed. The mayor of Auckland, Dove Myer Robinson, told the media on 23 March 1970 that the Japanese considered the best film being presented at Expo was that of the New Zealand National Film Unit, and he fully agreed.